January 8, 2020 – We’re excited to share an important update on a project that will help honor and protect the culturally significant yet vulnerable structures of Portland’s African-American community from demolition. A draft of the National Register of Historic Places Multiple Property Documentation (MPD) form for African American resources in Portland is now complete. Over the next few months the MPD will be reviewed at the local, state, and national levels. What’s more, the draft is available for public review and you are invited to contribute comments. 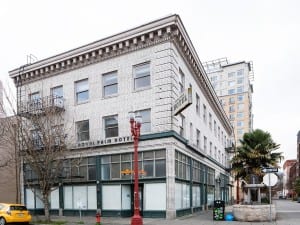 The MPD was produced through a partnership between the Architectural Heritage Center and the City of Portland’s Bureau of Planning & Sustainability (BPS). By definition, an MPD is a National Register of Historic Places umbrella document that groups together historic resources associated with a significant historic context so that individual property owners can more easily list their property in the National Register. This particular MPD is a comprehensive architectural and cultural study of the African American community in Portland from 1865 to 1973,   and the buildings that were part of this community, including houses, churches, fraternal lodges, and more. Accompanying the MPD, and also under review, is a National Register nomination for Billy Webb Elks Lodge (Williams Avenue YWCA), a gathering space for various African American social, political, educational, and civil rights groups from 1926-1973. The MPD record will also include photographs of select African American properties commissioned from Portland artist Intisar Abioto.

The over one-hundred page MPD draft is made possible thanks to the hard work of a team of people over the past three years. In 2017, the Bosco-Milligan Foundation/Architectural Heritage Center was selected through a request for proposals process by BPS to partner on the MPD. This work was led by Cathy Galbraith, our organization’s founding director and known expert on Portland’s African American history. Sadly, Cathy passed away in November 2018, with the study unfinished. However, with assistance from historical consultants and BPS staff—and with financial support from the Kinsman Foundation and from BPS—the MPD draft is now complete.

UPDATED January 28, 2020 – The Portland Historic Landmarks Commission reviewed the MPD at its meeting on January 27 and made a formal recommendation to approve it. The MPD now moves on to the State Advisory Committee on Historic Preservation, which will meet on February 28. See contact information below for ways to submit written or oral testimony to the state committee.

UPDATED February 29, 2020 – The State Advisory Committee on Historic Preservation voted unanimously on February 28 to forward the MPD to the Keeper of the National Register of Historic Places for final approval and listing.

Public comments on the MPD draft are welcome in verbal or written form. Here’s how comments can be submitted:

Oral testimony should be limited to two minutes and accompanied by written remarks if technical details are included in the testimony (provide 10 copies). When testifying, address the chairperson and provide your name and mailing address.

Here’s a guide for giving testimony.

Written testimony should be mailed or emailed by January 20 to: