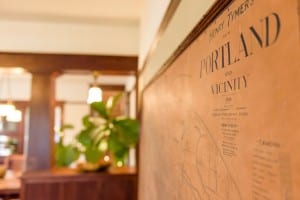 Our house was built in 1913 and has had many inhabitants over the years.

We purchased our home in fall of 2006 as newlyweds and have been working on it ever since! There isn’t a surface we haven’t touched or system that hasn’t been re-done as while the house had a lot of love in it (we hear that over 200 foster children went through the house), it wasn’t especially well cared for and was cosmetically (not the systems) modernized throughout it’s first 90 years of life (most of trim and built-ins and hardware removed and ample wallpaper/paneling added).

The large windows in the living and dining room were aluminum and the house was covered in aluminum siding with all of the trimwork and decorative details ripped off under the siding. We had to replace the siding shingles as they were rotted but the lapboard siding was in excellent shape-it just needed to be stripped.

The only original built-in that was left in the house is the dining room buffet, which was moved from where the stairs are now (they were originally in the back of the kitchen) to its current location. When pregnant with babe #2, we had to make the decision to remodel or move but we love our neighbors and neighborhood so decided to remodel. A local architect friend did all the drawings; we then hired a contractor to do the framing, structural and seal up the house.  At that point, with a 1- and 4-year old and both working, we took over. I became the general contractor and designer as well as completed much of the painting and other small projects, (husband) Steve the electrician and doer of many other projects, and my dad completed all of the trimwork. We hired out the plumbing, built-ins, drywall, tile, radiant heat and floors. A good friend helped to source all of the antique lighting through his business, including the light fixture in the master bedroom which came from a demolished Portland hotel.

We started the upstairs project by demo’ing all but the framing and exterior siding/roof just a month after participating in the AHC 2014 kitchen tour. Construction started in early July, we took over in early September and had our final permits approved in January 2015. The upstairs took about 6 months in total but now we have much more room. Our house was originally 2 bed, 1 bath with a 1940s homeowner special remodeled attic space, complete with collapsing drywall and accordion doors. The upstairs now has 2 small bedrooms, a hallway bathroom, a tiny office/sewing/workout room and a master bedroom/bath with 2 closets. The office has been invaluable during COVID times as my husband is able to work from home while the kids and I are downstairs (I work for the schools). We were also able to extend our laundry chute to upstairs (accessed through the hallway built-in) so it makes doing laundry in the basement so much easier.  The main floor bedrooms are now a guest room and a playroom.

Our house was on an episode of the final season of Portlandia after finding a flier on our door one day after work asking to scout our home for the show.

Next up (and hopefully final project)? turning the basement into a rec room! 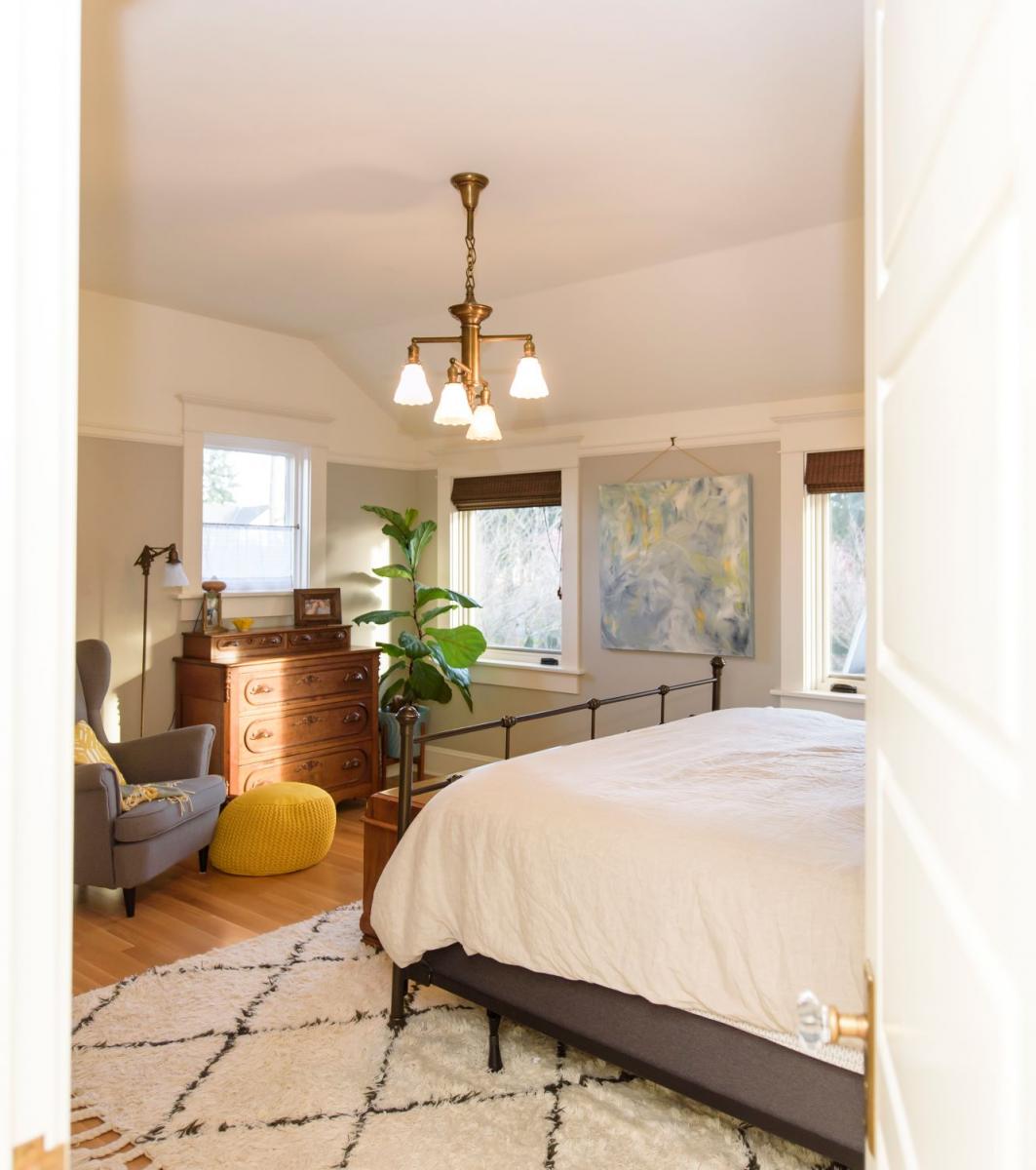