Online exhibits and resources on the life, history, neighborhoods, and important places of Portland’s Black community 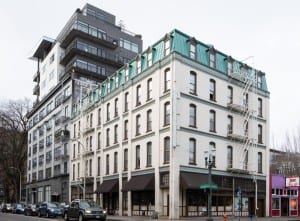 The AHC has worked with Portland’s Black community for decades. Founding Director Cathy Galbraith led an effort to document the places in Portland that were historically significant to the Black community, which culminated in the publishing of Cornerstones of Community: Building of Portland’s African American History. Building on this work, the AHC partnered with the City of Portland’s Bureau of Planning and Sustainability to draft a National Register of Historic Places Multiple Property Documentation (MPD) form for African American resources in Portland, which has been accepted by the National Register of Historic Places for final approval and listing, along with a National Register nomination for Billy Webb Elks Lodge (Williams Avenue YWCA), a gathering space for various African American social, political, educational, and civil rights groups from 1926-1973.