Who would think that a turn of the century downtown building, a hospital, and a 1970’s YMCA would house some of the most innovative athletic brands in the world? But rehabilitating these existing old buildings is a modern and sustainable concept.

Portland isn’t just the Rose City, it’s shoetown. Sure, Beaverton is home to the Nike campus with around 75 buildings on 286 acres, but several other leading athletic companies call Portland home. Keen, Adidas, and Under Armour each renovated and repurposed buildings in the city. It’s exciting to see the transformation of those spaces and consider the stories of the earlier occupants.

Keen’s World Headquarters is located in Portland’s Pearl District at the corner of 13th and Glisan streets. The five-story, 50,000-foot structure built in 1907 houses employees on the top four floors and retail space, called the Keen Garage, at the street level. Keen’s 2012 building renovation reflected the company’s values with a focus on sustainability and thoughtful repurposing of existing materials in creating new fixtures and furniture. Outsoles from the company’s Portland factory wrap around the base of the counter of cash registers and Oregon street signs are sculpted together to form a tent-like canopy. Only one dumpster of waste went to the landfill in the entire project.

Standing on the street and looking up at the wood-framed brick building, you’ll notice the faded paint signage for “Crockery, Glassware, Silverware, Kitchen Equipment, and Hotel Restaurant Supply” above Keen’s bolder yellow sign “Outside Together.” This juxtaposition of one of the building’s past lives with its present use begs the question: who occupied this space before it became today’s Pearl District cornerstone?

The architect was Richard Martin Jr., who also designed Scottish Rite Temple, which still stands at Southwest Fifteenth Avenue and Morrison Streets. The owner of the building was Joseph Simon, who came to Portland as a young boy with his family in 1857. They were early Portland Jewish residents and his father was a merchant. Simon became a lawyer and worked closely with the expansion of the railroads. He began his political career in 1877. From that time until 1911, Simon served on the city council, in the state senate, as Portland’s Mayor, and in the U.S. Senate—where he was the first Jewish Republican elected in the nation. Known as “Boss” Simon, he was a machine politician who wielded power throughout his career but also faced discrimination. In addition to Simon’s work as a railroad lawyer and politician, he owned several businesses, including the Central Door and Lumber Co., which was housed in the brick building at 13th and Glisan streets until 1920.

The Dohrman Commercial company, a distributer of crockery, glassware, art furnishings, kitchenware, and silverware, operated their hotel supply company in the building from 1920 to 1949. The painted signage reminds us today of the wares that once passed through their doors. For five years in the 1920s, The Sherman and Clay Company sold pianos there, and it was the headquarters of the venerable Portland custom millworks McCoy Door and Hardware from 1952 to 1981. In the mid 1980’s, it housed William Jamison’s popular art gallery and he began the successful “First Thursday’s” evenings where galleries stayed open late to draw people to what would become known as the Pearl District. Jamison was a leader in both the Portland arts community and the Pearl; Jamison Square is named in his honor.

The Keen building’s earlier occupants varied from a political “Boss” to a founder of an arts district; over the last 114 years, everything from lumber to pianos, from crockery to fine art was sold in the space that now showcases hip hiking boots and footwear. 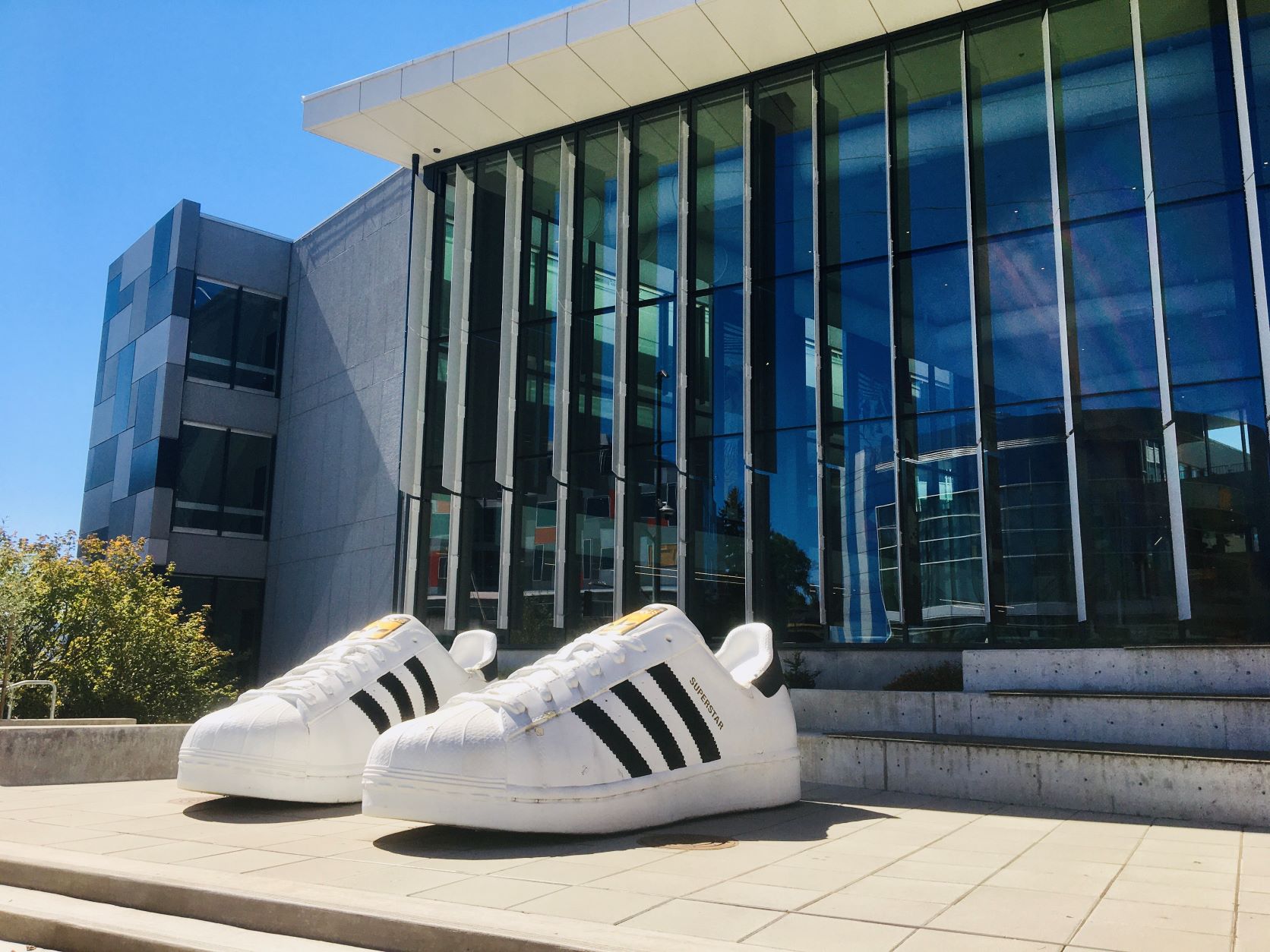 You might ask:  isn’t adidas—the second largest shoe brand in the world—a European company? Yep. Its primary headquarters is in Herzogenaurach (Germany), but its North American headquarters is in Portland at 5055 N Greeley Avenue. Adidas opened the Portland headquarters, known as the Adidas Village, in 2002 for their adidas America and Salomon North America divisions. About 2,000 employees work for adidas in Portland. The company website notes, “Located in the heart of our city we share the responsibility to role-model a better, and healthier future.”

That vision captures the spirit of the prior occupant of the buildings as well because much of the adidas Village is located in the former Bess Kaiser Hospital. Built in 1959, the Bess Kaiser Hospital was the first postwar hospital in Henry J. Kaiser’s Permanente Foundation health care network in the Portland area. He named it after his wife Bess. Henry Kaiser’s business began with shipyards in Portland and California during World War II. Kaiser and his son developed a foundation to provide healthcare for their workers after they determined that existing health care options were inadequate. While the shipyards closed down after the war, the health plan continued. The Bess Kaiser hospital served the North Portland community for nearly forty years before it closed in 1998 due to declining patients in the area and finances.

Adidas states: “our purpose is to shape the future of sport because we believe that through sport, we have the power to change lives.” While Kaiser’s imperative is Thrive! In both cases, people working in the buildings of 5055 N. Greeley Avenue strived to promote health and wellbeing.

Portland’s allure as an athletic apparel mecca attracted another big-time brand to move to town. Based in Baltimore, Under Armour moved their west coast headquarters to Portland’s former YMCA building in 2017. Approximately 250 Under Armour employees now work where generations of Portlanders exercised in the gym and took their kids to swimming lessons or tumbling classes. In 1977, the same year that the first Star Wars movie hit the theaters, the YMCA’s new spaceship-like green building opened on Marquam Hill. The futuristic building stands in dramatic contrast to the neighboring Queen Anne Victorians and bungalows in the Lair Hill neighborhood. The architects Broome, Oringdulph, O’Toole, Rudolf & Associates (now Bora) won an AIA Portland Honor Award and Progressive Architecture Magazine featured the gym.

Bora renovated the exteriors of the curved green building for Under Armour. They added an eco-roof and did complete seismic and structural upgrades. They replaced the existing façade and the single row of windows with a floor-to-ceiling curved glass wall. The pool went but the upgraded indoor track now has stunning views and the outdoor track and field were refurbished. The 69,000 square foot space that could have languished empty after the YMCA left is once again an exciting modern building. Now it houses the Under Armour designers who will imagine and create in the space. 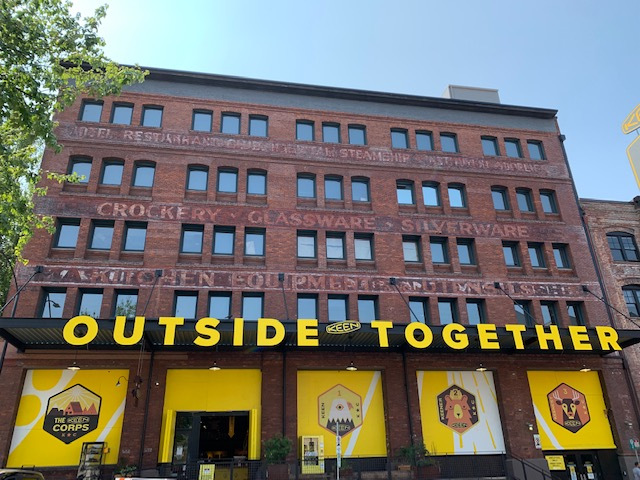 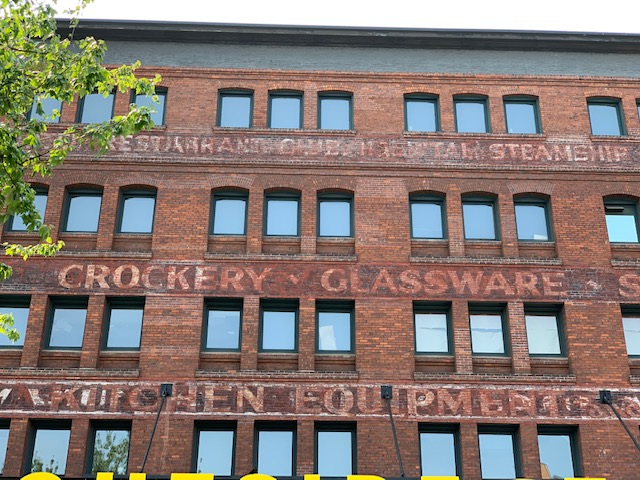 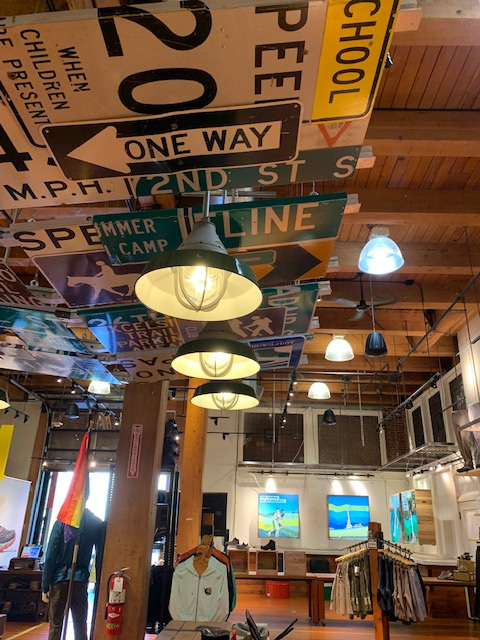 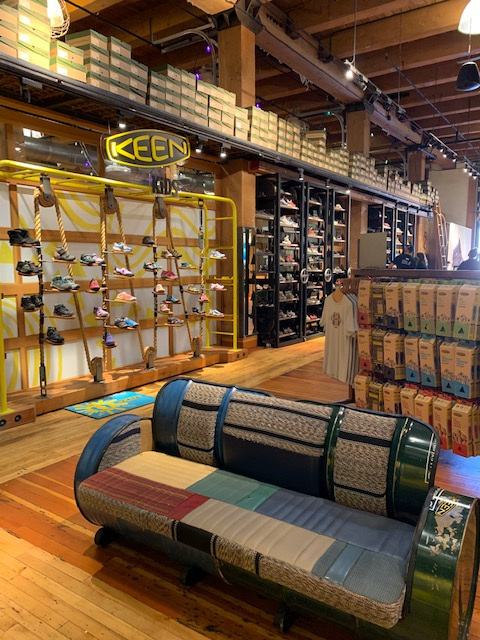 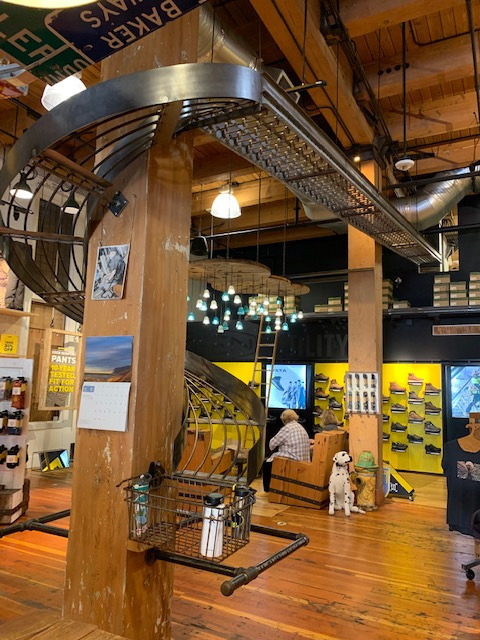 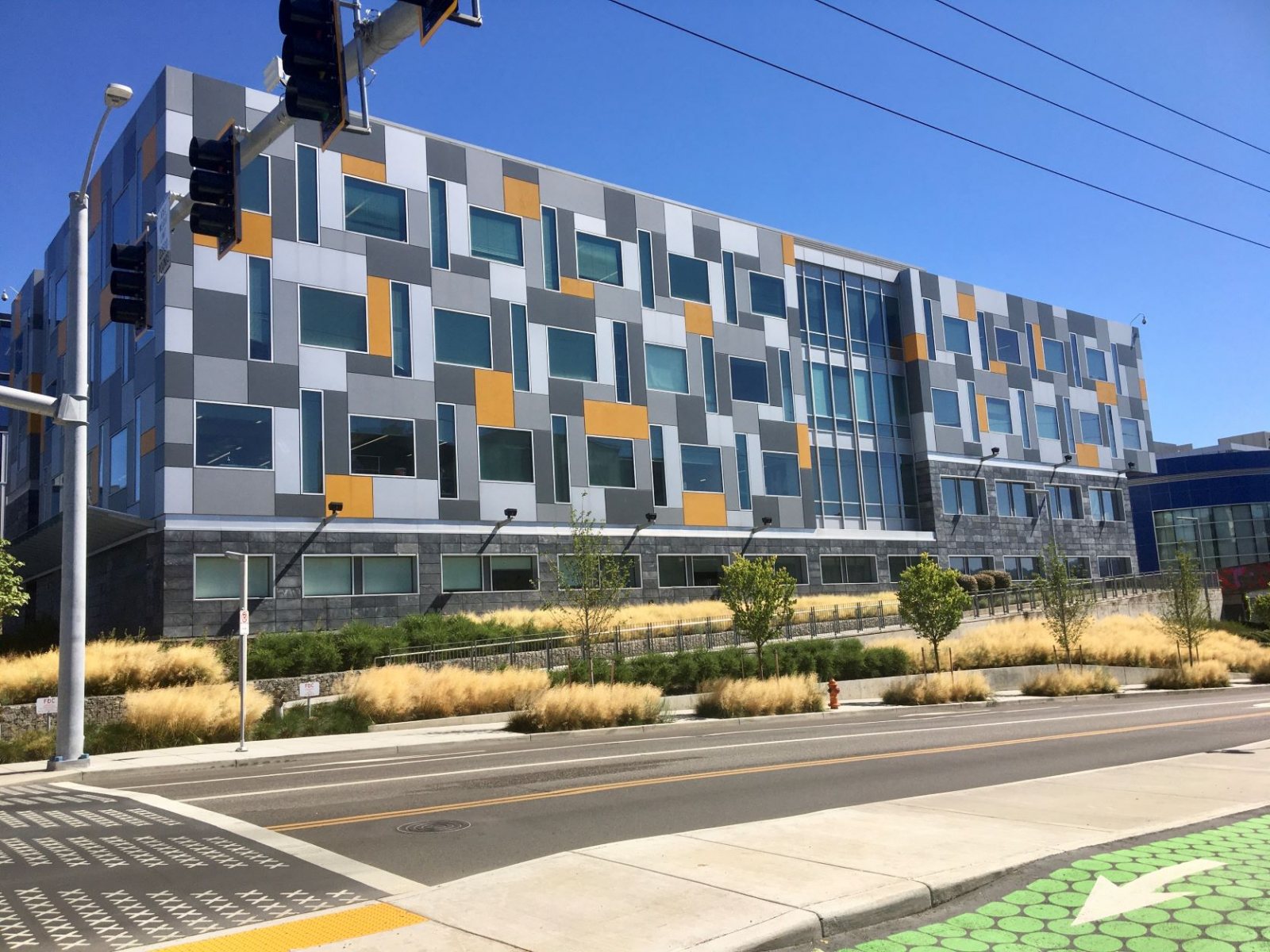 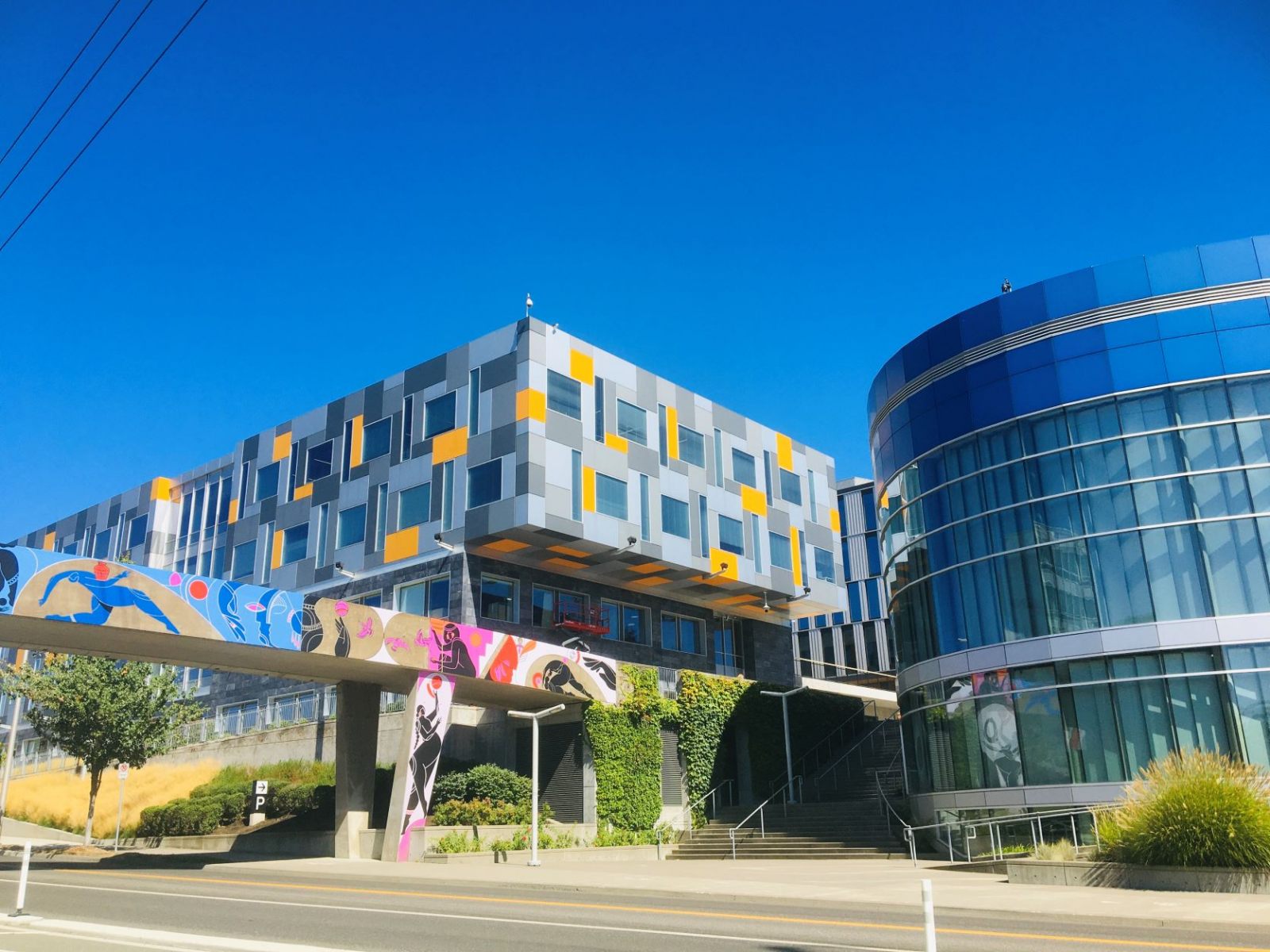 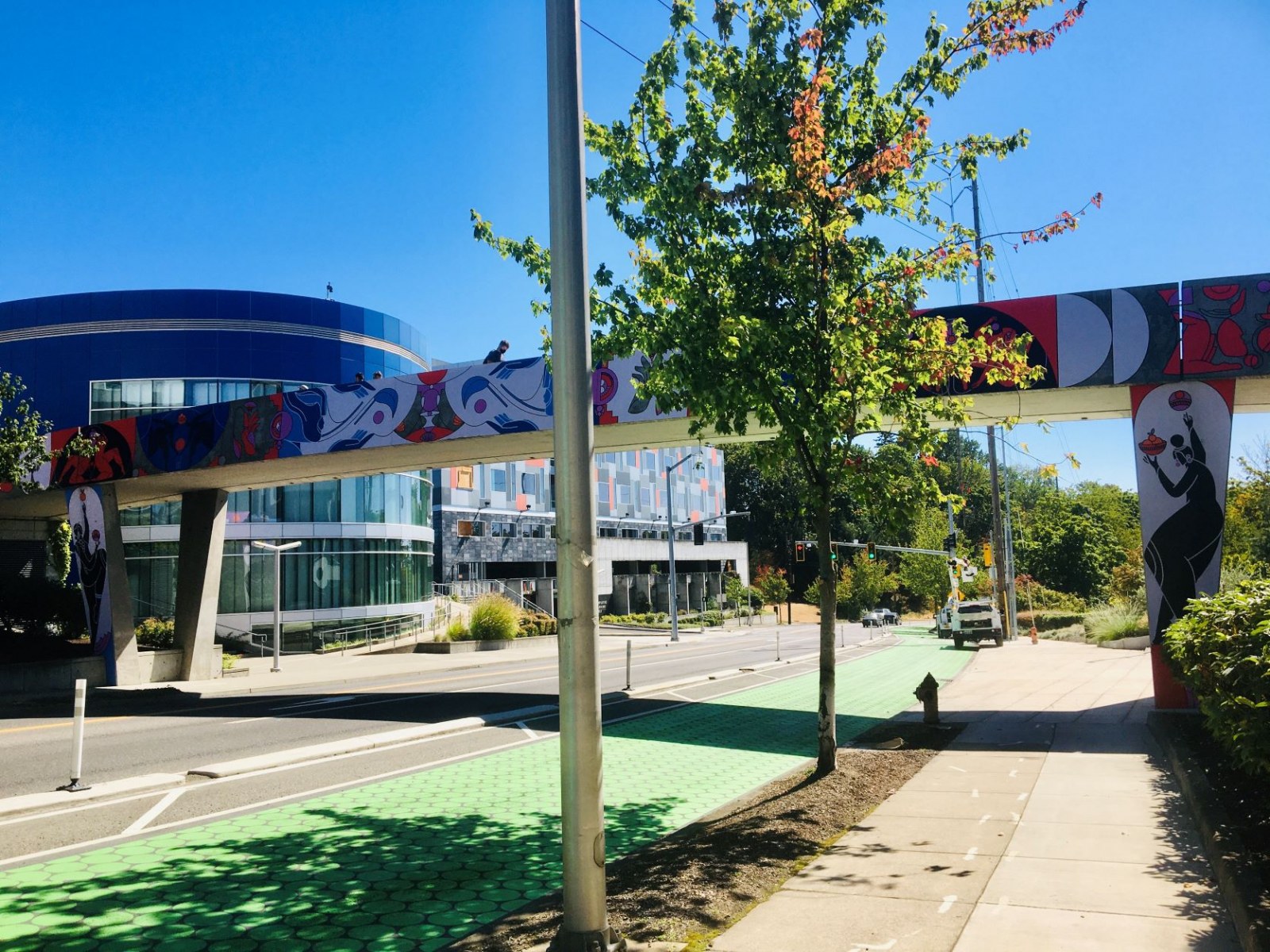 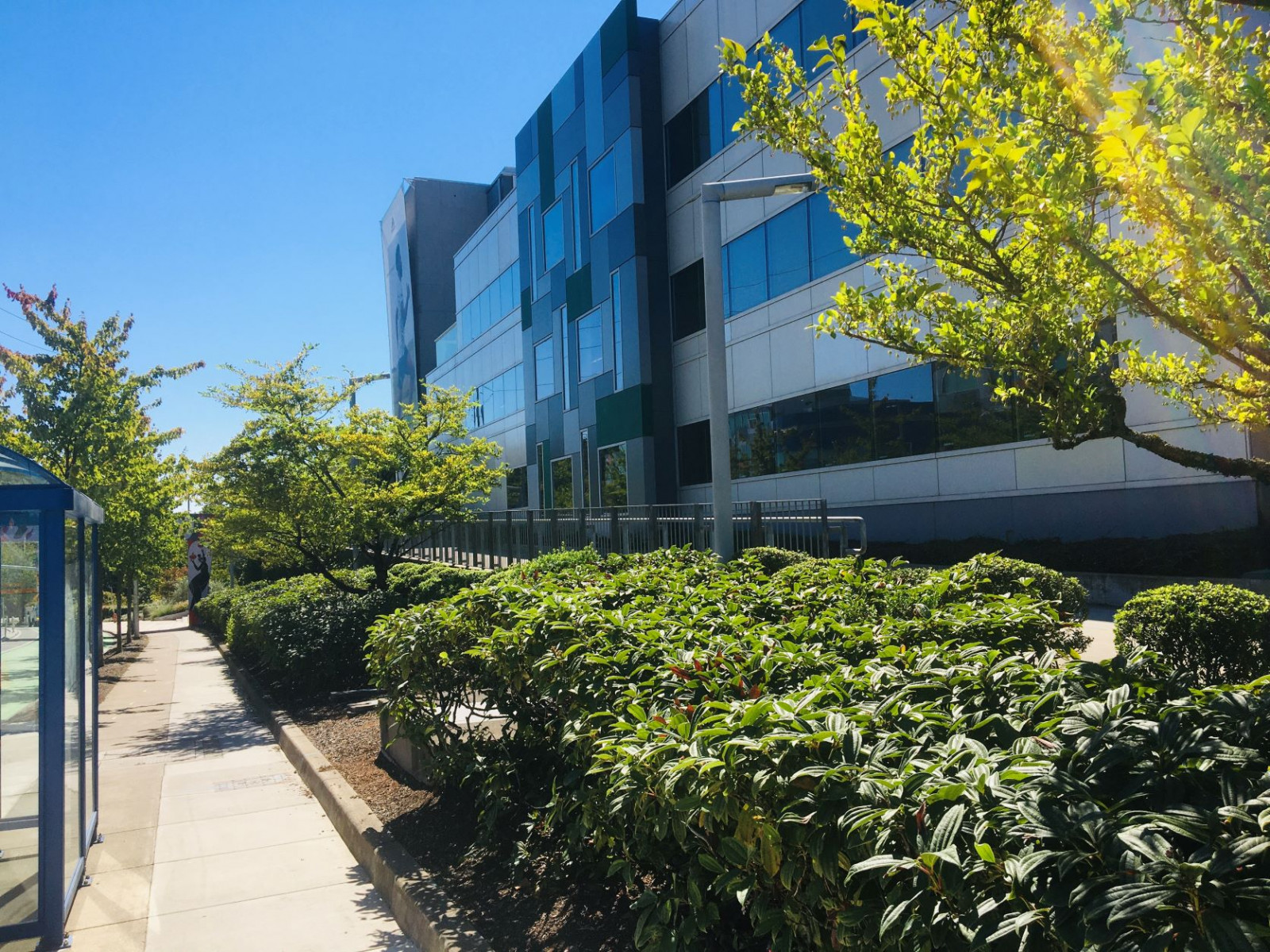 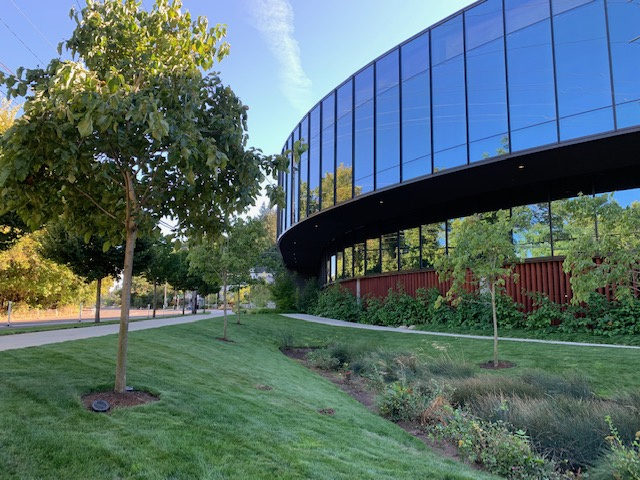 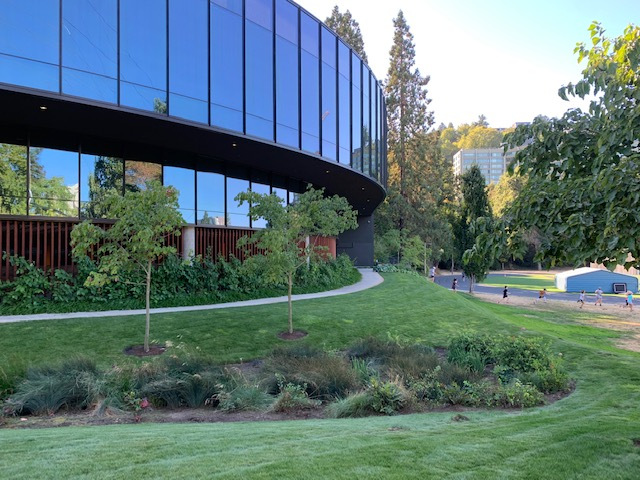 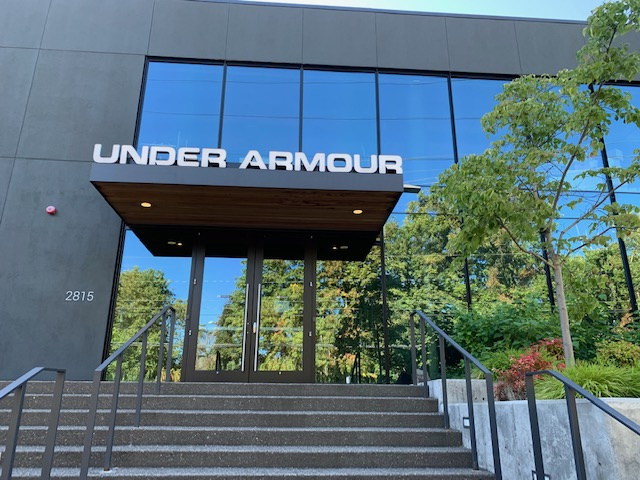 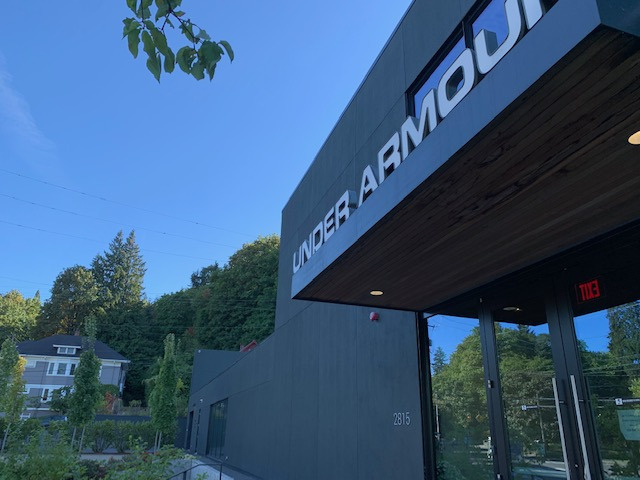